The Dare by Suzanne Cottrell 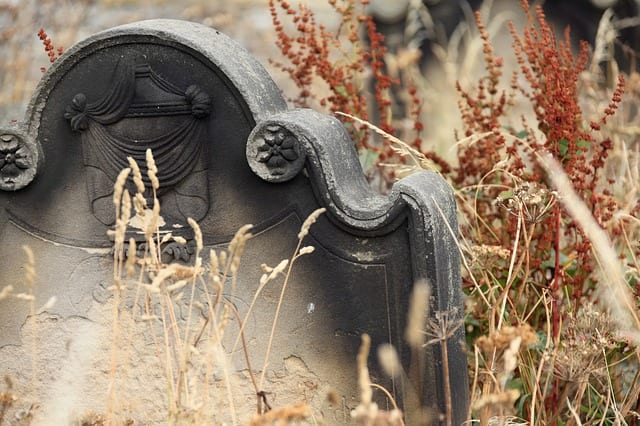 The cemetery caper began as a dare.  Upper-class students dared freshmen to pick up a souvenir rock and take a selfie in front of a tombstone as a rite of passage.

Sam reminded Lynette, “Tomorrow there’s a full moon.  Are you going to the cemetery?”

“No, I don’t have to prove anything.  Besides my parents aren’t going to let me go out on a school night.”

“But we’ve got to accept the dare.  I don’t want to be hassled by the seniors.  Come on, go with me.  We can go as soon as it gets dark and be home by 8 PM.  I’ll get my cousin Josh to drive us.  Just tell your parents we’re studying together at the library. Come on, I’ll owe you, please.  I know you won’t let me down.”

Locals believed Centennial Cemetery was haunted.  Some believed deceased Civil War soldiers combed the gravesites looking for their missing body parts.  Another legend stated that the first undertaker appeared at midnight with each full moon and predicted any visitor’s death.

Lynette didn’t believe the cemetery was haunted.  She figured people made up stories just to scare kids. She wouldn’t put it past a few seniors to dress up, hide, and frighten unsuspecting visitors. However, that night she tossed and turned and dreamed of ghostly encounters among the tombstones.  She attributed her poor night’s sleep to having read about the prison barge and the cemetery scene in Charles Dicken’s Great Expectations in English class.

The next day at school Sam approached, “Are you in? Josh and I will pick you up around 6:30 PM, okay?”

“It’s a waste of time, but if you’re determined to go, I’ll ride along and wait in the car.”

When Josh and Sam didn’t arrive at 6:30 PM, Lynette hoped Sam had changed his mind. They arrived fifteen minutes later. A steady, light rain and fog created an eerie atmosphere.  It was pitch black.  When they arrived at the cemetery steps, Josh pulled off to the side of the road and left the engine running.

“Josh, aren’t you going with him?”

“Heck no, I’m not getting out in this weather.”

Lynette watched Sam’s flashlight beam ascend as he climbed the stone steps.  Josh reclined his seat and was snoring within minutes. Lynette pressed her nose up to the window and peered out.

“One, three, eleven, twenty-four, thirty-eight…”  Sam counted every step.  He’d heard that if one counted the same number of steps climbing up to the cemetery and back down that the predicted death vision would never come true.

Lynette saw the light beam fall suddenly.  She screamed, “Sam, are you all right?  Then she realized that Sam would never hear her.

“I saw Sam’s flashlight beam fall.  He could be hurt.”

Josh folded his arms over his chest, leaned back, and dozed off again.

How can he sleep?  Lynette crunched up into a ball, clutched her shins, and rested her forehead on her knees.

Sam counted fifty-six steps.  He scanned the graveyard with his flashlight. He didn’t see anyone, certainly no ghosts, but he did notice two strange orbs hovering over a large headstone.  He assured himself that the orbs were headlights from a car on another road or perhaps his flashlight beam reflecting off water droplets.  When the orbs bobbled, he stood still.  It was as if he froze in place and time. He saw a car hydroplane and crash into a tree. He reached his hand to his forehead and wiped away the blood.

Sam thought he heard Lynette’s voice.  Then he realized he was wiping the rain from his face. He still needed to grab a rock and take a selfie.  He bent down groping for a stone. He grabbed one and placed it in his pocket. Then he quickly took a selfie in front of the nearest headstone. He was just superstitious enough to believe that he needed to count each descending step to prevent his vision from coming true.

Finally, Lynette saw a light heading toward her.  She nudged Josh.  She hoped it was Sam.  Sam banged on the door window.  “Unlock the car.”

Lynette sighed, “What took you so long?”

“You were gone at least twenty minutes.  I couldn’t see you or anything.  I don’t know how Josh could sleep.”

“Hey, you’re back.  See any ghosts?” Josh raised his seat and started the car.

“Half the steps were broken. I slipped and nearly broke my neck.  Did you see me fall?  I grabbed a rock and took a selfie.  I doubt anyone will recognize me with the rain drops on the lens.  I saw something really weird, two glowing lights.  I went into a trance and froze.  I saw a car accident.  I even wiped away blood from my forehead.”

“When you fell, did you hit your head? Let me see.” Lynette squinted.

“That was me yelling it’s time to go. Let’s get out of here.”  Lynette slapped the dashboard.

As Josh drove the car away, Lynette looked back toward the cemetery steps. Water droplets streaked down her window, but she thought she saw an apparition pacing at the top of the steps. She looked away rubbing her eyes. She didn’t say anything to Sam or Josh as an eerie silence enveloped the car like suffocating smog. 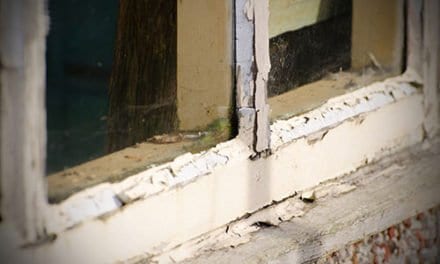 On Every Street by Jeff C. Stevenson

Helen Got the Day Shift by John Wolf 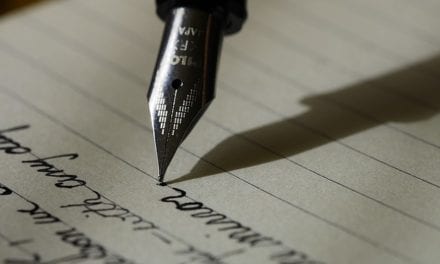