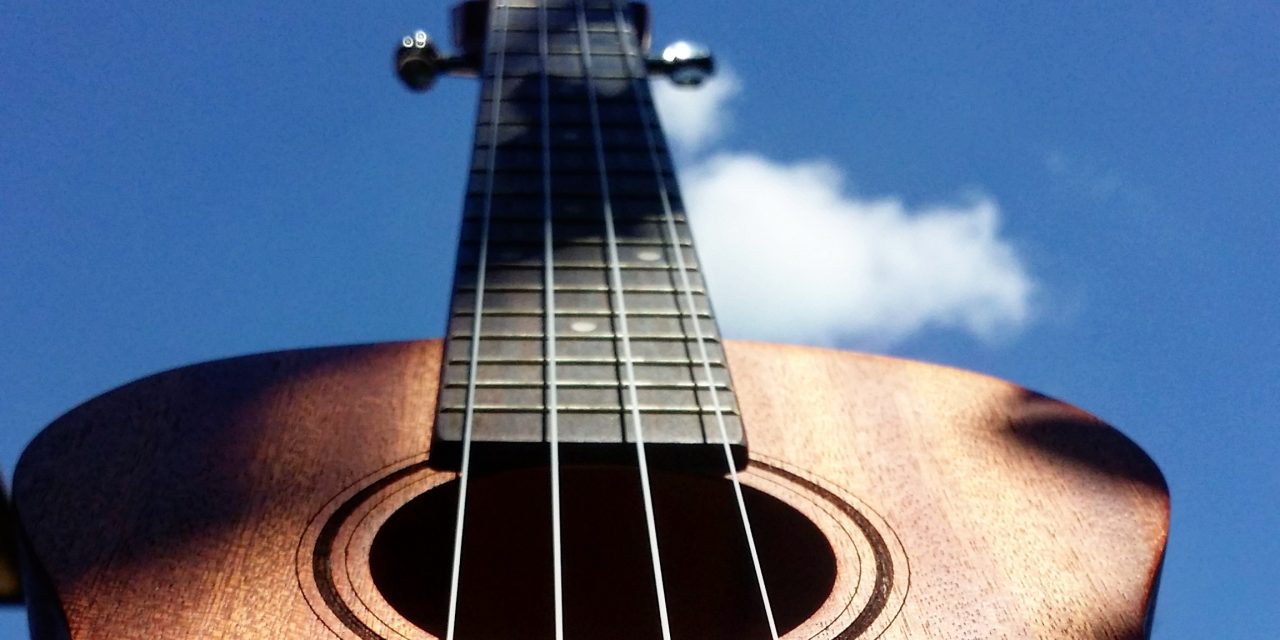 Can you see it there, along the bottom of the photograph? The black writing against the man-in-black clothing makes it difficult, but once you spot it, it’s pretty clear. I was nine years old when Johnny Cash jotted this note to me on what was otherwise a standard publicity shot. I displayed it proudly––secured by scotch tape to my bedroom wall––for many years. As I got older though, I became embarrassed by what the note said. I added a photo frame with wide enough borders to mostly hide his reply. There is no simple way to explain why Johnny would write, “Yes, I am a Christian––.” At least, not without implicating myself, the asker of some awkward, personal question.

These days, I am back to transparency, though a more refined version than in my scotch tape days. I display the whole business; the photo and the manila mailer it came in. Both are compressed between two glass pieces held together by a narrow, black frame. The collage hangs prominently in the guestroom/office I fondly call the “Cash room.” Not because I have other Cash memorabilia, but because the photo of Johnny is the most interesting thing in there unless you are especially fond of vintage hats.

No matter how I’ve staged it in the decades since I received it, the photo has always been a conversation starter. “Are you a Cash fan?” “Where did you get that?” “Oh, I love Johnny Cash!” Now that the envelope bearing my childhood address shows too, I also get the occasional, “What does RR #1 stand for?” I usually just say, “Rural Route.” If prompted further: “Postal carriers in sparsely populated areas back then––1971 as you can tell from the postmark––knew who lived where with just the RR number.”

Actually, we all kind of knew who lived where, even without the RR number in a town of 300 people. My family lived on one of the two cornfield-lined, blacktop country roads that lead north out of Cory, Indiana. Both intersect with Indiana highway 46, our portal to the rest of the world. Depending on which way you turn and how long you drive down 46, you eventually get to what Hoosiers consider cities. Terre Haute if you turn left. Bloomington if you turn right.

But the more important thing to know about where I lived when I wrote to Johnny Cash and he wrote back doesn’t show on a map or even an address. If you asked anyone in town back then where the Lathams lived, they would have told you the same thing. The Parsonage. Or maybe, if you looked really lost, the Nazarene Parsonage. The four-bedroom ranch house built of Indiana limestone stood right next to the matching limestone church my dad pastored. Both places were more or less home to our family. We were in and out of the church almost as much as the parsonage, what with at least three services even in slow weeks, plus the janitorial and lawn work we provided since we were just right there.

Ours was a missionary-minded congregation. This wasn’t only the influence of my family, fresh off a six-year stint as missionaries to the Philippines when we moved there, although I’m sure it helped. All Nazarene churches were expected to support the cause, right down to the line-item local budget. Way more than money was at stake though. Missionaries might have a special obligation to fulfill Jesus’ command to “Go ye into all the world and preach the gospel,” but everyone else was responsible to share the Good News too.

So, when I got a crush on Johnny Cash, I felt a special obligation to check on his salvation.

The letter I wrote was hopeful. I had reason to expect that Johnny was one of us. Whenever I was allowed to watch his weekly TV show, he almost always sang a gospel song or two. Surely that meant something. Not that the gospel numbers were my favorites. My brothers and I preferred “Boy Named Sue” because of its hilarious punchline. And “Folsom Prison Blues” was so wicked and so heartbreaking. It confirmed everything I’d been taught about how the road to destruction almost always begins with not obeying your parents.

But one song, “Sunday Mornin’ Comin’ Down,” was almost all the proof I needed of Johnny’s search for salvation. How easy it was for me to imagine him in the lyrics of the song, stopping by to listen to the singing of a Sunday School class, maybe even my own. To my innocent mind, that song was nothing short of a full confession of the gravest sins––skipping church, smoking cigarettes, drinking beer, and getting stoned. For all his sinful past, Johnny was a tender-hearted man who knew about repentance. But I wanted to know for sure that he had accepted Jesus as his Personal Savior. So, I thought I’d ask him.

I don’t have the letter I wrote. I sent it off to Johnny and that was that. But I remember mostly what it said, since I spent so much time getting it just right. Besides, I wrote basically the same letter to the Osmonds. In that one of course, I had to be careful about the fact that they already probably thought they were Christians even though they were just Mormons.

I watch your show almost every week. It is so good. I am a fan of yours. I am also a Christian. I hope you are too. You have to be a Christian to get into heaven, and I sure want you to go there. Hell is an awful place, full of fire that burns you forever if you are a sinner when you die. If you are not a Christian yet, all you have to do to become one is pray to Jesus to forgive you of your sins. Then quit sinning. Are you a Christian?

I wasn’t at all surprised to hear back from Johnny. I didn’t know yet that one should not expect personal responses from celebrities. Frankly, I was more surprised that the Osmonds never answered back. By now, of course, I’ve had more than enough time to reconsider my evangelistic appeal to them. Johnny too for that matter. Certainly, by the time I was embarrassed enough to hide what now reads to me as an incriminating reply, I had come to question the very idea of confronting other people about their religious beliefs. Once I took it up, this line of thinking led to even more complicated questions, each leading to yet another. Why, for example, did my family leave everyone and everything we knew and loved in Indiana to save Filipinos from what mostly turned out to be Catholicism? After many years of following my questions where they led me, I eventually found answers to most. But that’s a long and sordid tale I won’t go into here.

Johnny’s note was thrilling. Now I knew he was a Christian, like me. He would be in heaven one day! We could hang out and maybe he’d even sing “Boy Named Sue” for me and my brothers. For the time being though, I did what I always did with good news back then. I rode my bike down Rural Route #1, turned right on highway 46, and stopped at the third house where my cousin and confidant, Rodney, lived. Unlike me, he was surprised by Johnny’s response, but not for the reasons you’d expect. He had watched a recent Cash show that I must have missed. It ended, he said, with Johnny mentioning a note from a girl named Angie who wanted to know if he was a Christian. To everyone watching he proudly announced that yes, he was indeed a Christian. Having put two and two together, Rodney and I were positively gleeful about my brush with fame.

I wish I had seen the show myself. Better yet, found a video link to share here. The historian in me feels compelled to document the moment when Johnny mentioned me and my earnest letter on his TV show. The storyteller in me longs for the kind of symmetry that would bring to this tale. But access to complete recordings of the series, which ran from 1969-1971, has proven unusually elusive. So the strongest evidence I have for you that this happened is convincing only if you were raised like Rodney and me. We were taught that a lie, even just a little one, meant a fate like that described in my note to Johnny. If that resonates with you, consider it proof enough that my cousin told the truth. Johnny really did tell the world about our sweet exchange.

Television moment or not, the note on the photo conveys the most meaningful parts of my story. The part about a kindly celebrity and an adoring fan who loved him enough to worry about his soul. And the part about a single word––Christian––that defined my childhood and, in many ways, my adulthood too. A word that, for all its vagaries, misappropriations, and history of factionalism, matched a pair as unlikely as Johnny and me––two country people who shared a belief in Christianity’s brightest possibilities.

I’ve lost my missionary zeal, but in some ways I’m more of a believer. Not in all the ways I was taught, but certainly in the power of words that are given and received in kindness. Especially when someone goes to a bit of extra trouble to say them. Especially when they connect strangers in unforgettable ways. I love listening to Johnny Cash to this day. I guess that makes me still a fan. I hope he left this life in peace, knowing he brought joy to others whose paths, like mine, he crossed. Maybe that’s a kind of heaven too. I’d sure settle for that. And as for all the rest, I have only to look at Johnny’s photo where it hangs on my wall, and somehow, salvation still seems just one sad song away. 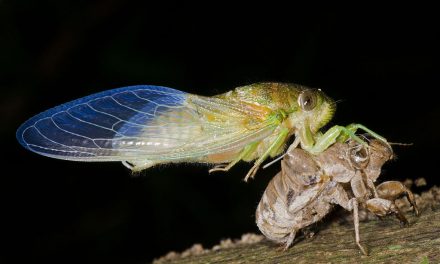