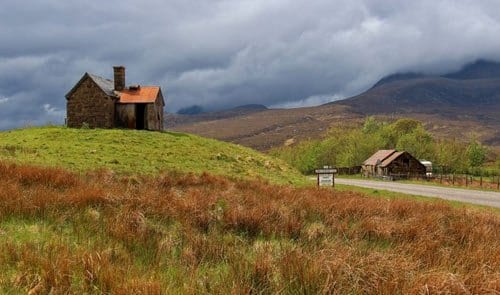 “So thanks again for letting me stay here the night.” John said.

“Yes, you’re not the first one to get lost. I am known as Fishwick around these parts.” The old man replied, cleaning his glasses with a dirty looking cloth.  “What happened to your car?” the man asked, pointing at the broken headlights.

“Animals.” He replied in a nervous manner.

John took the rucksack off his shoulders, exhausted. Well it wasn’t a fancy room, but it would do him for now. The house creaked as the rain fell heavy on the pavement and John lit a cigarette. He looked at his watch, a few more hours until dawn. His mind kept going over what happened. He was an obliging, hardworking man, but something that morning just went wrong. Instead of heading out to work as normal, he packed a bag, just in case. He got to the car park at work, hesitated for a few minutes, and then drove out. No destination in mind.

After driving in a daze, he found himself in the woods. That’s when, in a split second, everything changed. He was in the wrong place at the wrong time some might say. He never saw the man coming. This young man ran across the road, out of nowhere, and the car struck him instantly. He did not move, laid there on the ground barely breathing…He’ll be dead in minutes. John did not wait to find out, and he just left him there.

How would he explain what had happened? He panicked. There would be questions. Pointing fingers. Press coverage. He had done everything right for such a long time.  Now everything felt wrong to him.

He put his cigarette out and laid on his back, eyes shut. At first he thought that his mind was playing tricks on him. But there was a continuous whistling sound coming from one of the corners. He got up to get closer to it, and there it was behind the wall, getting stronger and stronger.

“Anyone there?” John asked.

I am going mental. Perhaps it was all that chaos earlier?

“Look, this is not funny. Who is there?”

The creaking noise started again, and the wall started to shake and break in places. John placed the palm of his right hand against it and felt the vibrations opening small cracks on the wall, and then a dripping sound started.  Drop. Drop. Drop.

In the dim light John touched the wet floor and followed the traces, which were filling the cracks on the wall.  In bloody red ink it spelled “S I N”.

“What the hell?” John cried in a muted scream, his voice closed in on itself.

A loud knock on his door made him jump. The door opened without waiting for a reply. An old man stood in the doorway.

“What have you done son?” The old man asked, his expression somber and sad.

“Nothing, I was just lying down and…” John never finished the sentence as the old man interjected.

“No, I meant what have you done? What crime?” He voiced accusingly.

John’s face became expressionless. The sigh of relief had been replaced by a haunting feeling of desperation.

“You must have done something son, otherwise you wouldn’t be here.” The old man muttered.

“I am the Keeper, the guardian of this house. It claims all sinners.” Fishwick said breaking the silence.  “Repent or the house will claim you!”

John shook his head, nothing but nonsense he thought. He couldn’t possibly know. No one could. Fishwick was probably some lonely old lunatic toying with him. This was just a desolate worn out place at the end of the world.

“If you think I’m scared of you, you’ve got another thing coming.” John menaced.

“Son, there isn’t much time.” The old man said in a tone of sorrow. His warning was followed shortly by a loud roar from the walls. Mr. Fishwick stepped back and stared at the young man before him. “Too late,” he whispered.

“What’s too late? Wait right there.” John said leaning against the wall as the ground beneath him started to shake.

“I am afraid this is not my doing.”

Fishwick lowered his eyes, retreating back to the front porch.

“Help. I have done nothing wrong. Shit… I did not mean to leave him to die. Please, I am sorry!  Help!”

John’s cries quickly disappeared as the floor opened up, swallowing his body. The house growled one last time, and then everything fell into darkness and silence.  Fishwick closed the door behind him. Not this time. Not yet. He whispered, a tear rolling down his cheek. Suddenly the sound of an engine stalling outside the house prompted him to the window. Two men were pushing a car up the drive. It had run out of gas.

“Look man. It’s a guesthouse. Let’s park up here.” A redhead boy said, pointing to the old sign, which hung by the streetlight, rocking back and forth in the evening breeze. It read, “Redemption”.

“Yes, man, thanks. We ran out of gas. Our cell phones have no reception?”

“No reception around these parts, I’m afraid. Mr.?”

“Well we can use your phone and call for assistance.”

“No phone lines at all, I’m afraid.” Fishwick said.

“Really?” the man sounded surprised. “Well, I am Will and this is Matt.”

“And what have you too been up to?”

Will interjected, “Well we were going to, but with the weather you see. We have come from the city.”

The old man looked at them for a moment.

“Well, you are a long way from home. Here is your key.”

“Hey man, we meant to ask. Was that an earthquake earlier?”

“I didn’t feel anything,” Fishwick answered.  How long will it take this time?

“Has it been busy old man?” Matt asked maliciously.

“Yes it has been a very busy season as a matter of fact.” Fishwich replied. He didn’t like these two.

“How long have you worked here?” Will asked, looking around the lobby.

“Too long. Care to take my place?”

“Nah, no thanks.” Will shook his head.

The men had barely settled into their room when the house came to life.

Here we go again. Fishwick pressed the bedroom door open. “Repent, or the house will kill you.”

“I suggest you confess your sins. You may have a chance of surviving.”

A loud noise started rattling the windows and mirrors in the room. “What have you done?” Fishwick asked again.

Matt was scared and broke down first, “Listen man. Ok maybe you saw. We went camping with our buddy Tommy. We were just playing pranks on him, ok. We got drunk, we didn’t mean to fire the gun.”

“Shut up Matt.” Will instructed.

The house shook violently once again and the growling began.

“Ok Mister, listen. Will fired the gun and shot Tommy in the leg. It was an accident. Nothing more.”

“And then what?” Fishwick asked.

But Matt didn’t stop. “We think Tommy panicked. He just ran towards the road. Next thing we know we heard a bang. We ran to him but he was on the ground in the middle of the road. I think he was hit by a car.”

“Was he dead?” Fishwick asked.

“No. He wasn’t.” Matt said crying. “He was like a wounded animal. We got scared you see. That no one would believe us. Jail for life for sure.”

“Nothing. Matt is making all this stuff up. Shut up you fool.” Will shouted.

“Or what Will?” Matt asked. “We finished him off. That’s what we did.” He carried on sobbing. “I am so sorry. I am so sorry. We didn’t mean to kill.” He kept repeating.

The house fell silent.  All three men froze. Large writings on the wall read “REPENT”. Could this be it? Fishwick stood back and grabbed Matt. His heart was pounding. The room split into to two.  Will was thrown onto the floor and quickly sunk and disappeared amongst the screams.

And as soon as it had started it all ended.  Matt could not move or say a word.

“I can’t tell you how long I have been waiting for you.” Fishwick said.

“What?” Matt managed to utter.

“You have done it. You confessed your sins. The house let you live and now this is your act of contrition.” He sighed. “Your friend however didn’t. And that’s what happens.”

“Wait. What now? Where are you going?” Matt asked.

“You are the new Innkeeper, Matt. It’s all yours.” Fishwick muttered. 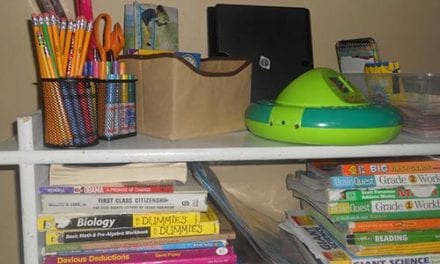 My Commencement Speech to the Inwood, Indiana, Home-Schooled Class of 2016 by Joel Haskard 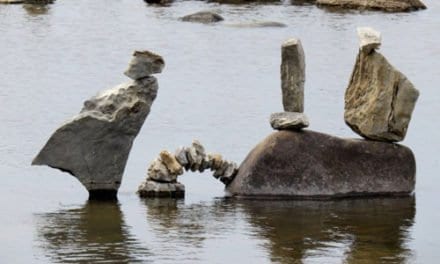 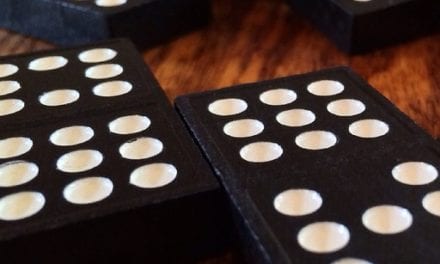 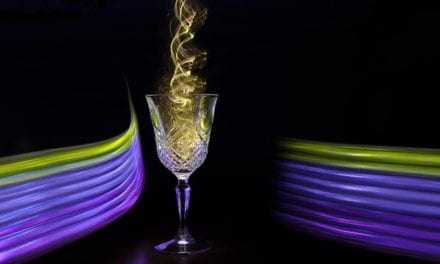