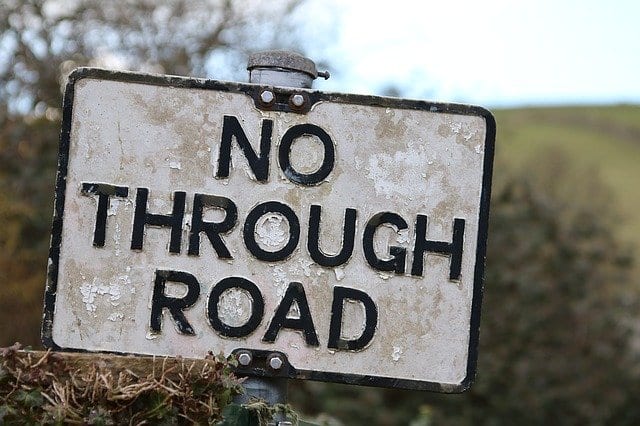 The GPS of Horror

Miranda stopped in front of the resale shop and looked in the window. So much debris, so much junk, so much stuff that people didn’t want anymore, and yet they still wanted some money for it. The window harbored a variety of things: an old radio, a gold pocket watch, a china teapot, magazines from the 1940s, and one more recent item: a GPS.

Miranda often got lost. Given the choice of going right or left, she inevitably chose the wrong way. She was not good at reading maps and found them boring or cumbersome or even dangerous, if she tried to read a map and drive at the same time.

A GPS was just the thing she needed. But why was a GPS in a secondhand store? On the other hand, Miranda reasoned, just about anything could show up in such a store: toasters, banjos, garden gnomes, knives and forks, so why not a GPS? She knew what those letters stood for: Global Positioning System. The one in the window looked a little battered, a little shabby, and on the top, an outline of a skull had been carved with a sharp instrument. Weird. Why would anyone do that? Maybe the skull could be painted over, or a cheerful decal glued on top.

Miranda entered the store. An old man with straggly, white hair and a long beard looked up from reading a yellowed newspaper. “Hello,” he said, as he looked her over. “May I help you find something?”

He shuffled to the window and removed the GPS. “It’s old.”

“How can a GPS be old? They haven’t been around that long.”

“This one’s old. It’s special. If I were you, sweetie, I’d go to one of those big-box stores and buy a new one.”

“But I like this one, as long as it works. Besides, this should be cheaper than a new one. What does it cost?”

“Oh, it works all right.” He stared at her. “The cost? Oh, thirty pieces of silver.”

“That seems a lot for a GPS, and I don’t even know if it works.”

“It works. It works, shall we say, too well. All right, how about fifteen dollars?”

“Sold!” Miranda had never tried to negotiate a bargain before, and she wasn’t even sure she had done it this time. It was odd how quickly the price was cut in half. She raised an eyebrow as she looked at the old man.

“Are there any instructions?”

“You won’t need any. It has a plug so you can recharge the battery. I charged it the other day. It should last you long enough. Yes, just long enough.”

She wondered how long he meant when he said long enough.

Miranda’s car was parked in the rear parking lot, and when she entered the car, she almost felt a presence with her. Looking around, she decided it had to be her imagination, or maybe her anticipation of being able to communicate with the GPS. She wondered if the voice in the GPS had a name. The device lay in a paper bag sitting in the passenger’s seat. Suddenly she heard a strange voice.

“I’m the GPS, of course. My name is Belial.” The voice inside the paper bag had a snarling tone. “Let me out of here.”

She obeyed, and opened the bag, laying the GPS on the seat. It seemed to be glowing.

“Belial?” Where had she heard that name before? Somewhere. In the Bible, that was it. Belial was the name of a demon. She tried to laugh.

Where do I want to go? She couldn’t think of any place.

“I don’t know. Yes, yes, I know. I’d like to go out into the countryside. It’s a nice day, and I could stand some relaxation. I’m off work today.”

“The countryside it is. Exit the parking lot and turn right.  At the next stop light, turn left. Then drive ten miles.”

Miranda laughed a little laugh. “Right. And I have no sense of direction. I guess I am about to have an adventure.”

Since she had not owned a GPS before, Miranda did not know whether it was normal to have a conversation with the voice inside the machine. It was fun, but unnerving at the same time. There was something about the voice, and the car was beginning to have an odd smell, like sulfur or something. She laughed again. Someone was playing a joke on her, probably.

“Am I going in the right direction?”

“Of course. We will soon be where you want to go.”

Yet she had the odd feeling that they were going in the wrong direction. She looked around her. This road was narrow and winding, with trees hanging down over the middle of the road. No houses stood along the way.

It had been around 5 p.m. when she left the store. What time of day was it now? It shouldn’t be this dark. Why was it so dark?

The wind began to howl. The road was so dark and winding that she slowed down to be safe, but she didn’t feel safe. She had to turn around and get back to Inwood, Indiana, its cozy houses and streets. But where could she turn around? The road was narrow as well as winding and dark.

“I want to turn around,” she said to the GPS. It seemed to be glowing an odd green color.

“I want to turn around,” she repeated. The green glow departed. The GPS was silent.

She stopped the car and tried to get out. The doors would not open. She turned on the ignition again, hoping that soon she would find a safe place to turn her car around. She drove slowly, and then the lights of her car started to dim. Frantically, she pushed the controls on the dashboard. Nothing happened.

Now she was driving slowly through the night, in a dark car on a lonely road while the wind howled. Suddenly she knew that ahead of her there was no place to turn around. She would not see Inwood again. 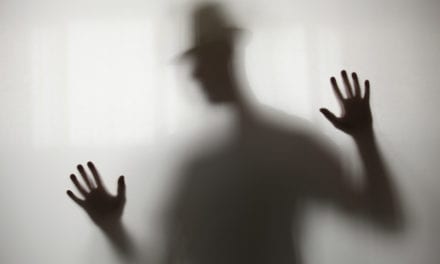 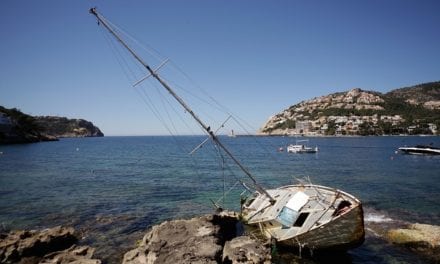 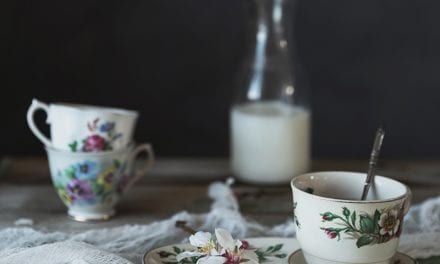 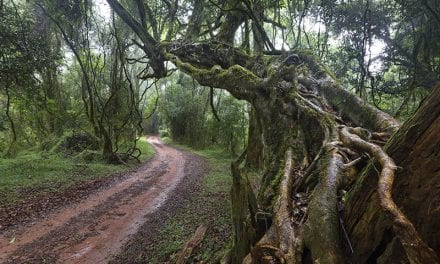